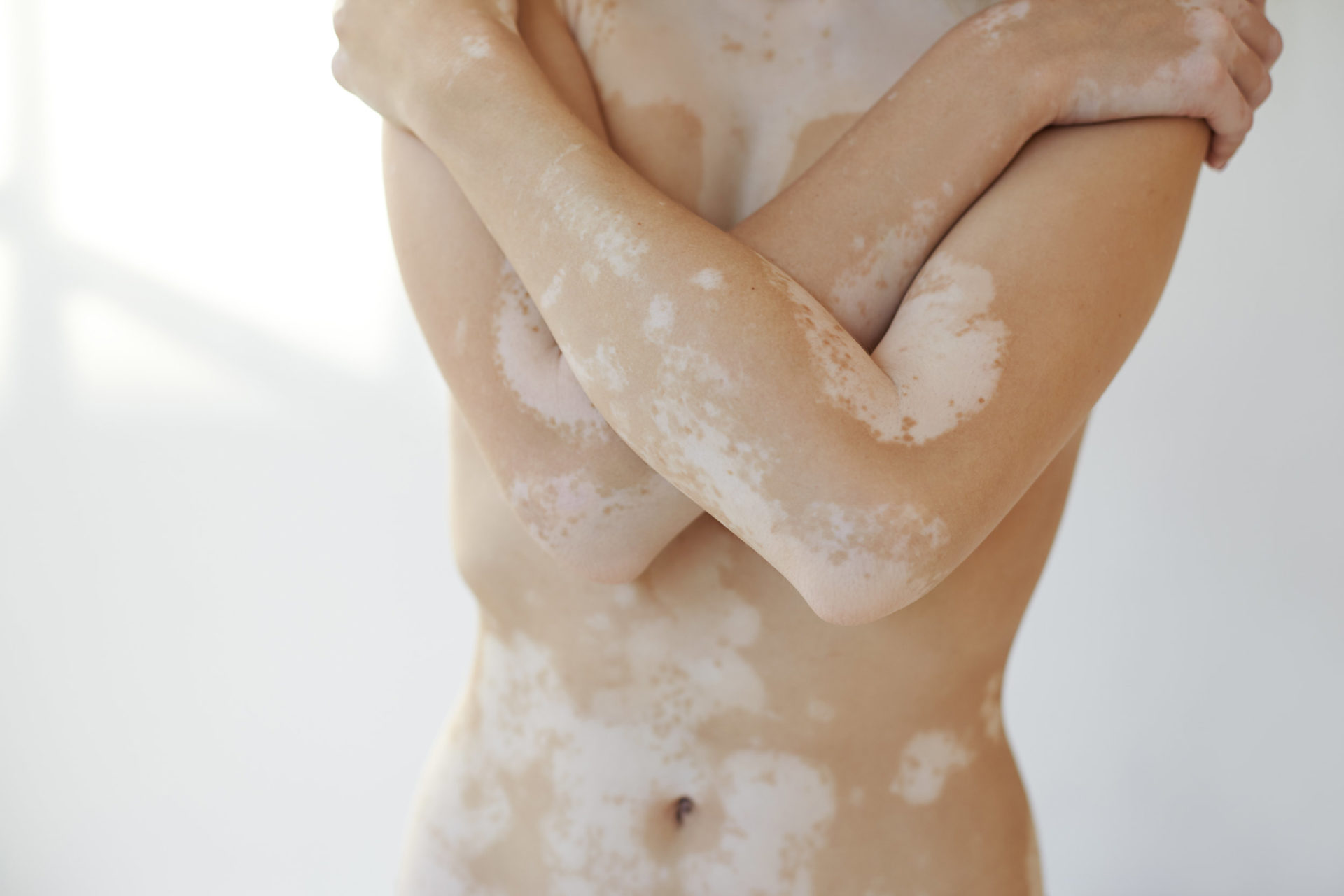 The skin disease Vitiligo is also called white spot disease. This name describes very clearly the image of the skin of those affected. Due to pigment cell destruction, certain cells of the skin (melanocytes) are no longer able to form the skin pigment melanin. White, sharply delimited spots form. These usually occur on the face, elbows, knee extensors, back of hands and feet and in the genital area. But it can also affect every other area of the body and even the hair. Vitiligo is not contagious and not painful.

Some of you may have noticed that on vacation, if you spend a lot of time in the sun, you begin to repigment. Because most of those affected still have melanocytes around the hair roots, which can be stimulated to grow by UV radiation. Therefore, the white skin initially repigments primarily with brown spots, which we look like freckles. These repigmentations can expand and grow together. Alternatively, the melanocytes can also grow into the white spots from the edge.

Most doctors recommend light therapy with UVB 311 nm, also called narrowband UVB. This light therapy is now considered the first choice. Treatment is carried out by your dermatologist or in the form of home therapy.

PUVA stands for treatment with psoralen and UVA radiation. Psoralen increases the sensitivity of the skin to light. It can be administered in the form of tablets (systemic PUVA), as a bath (bathing PUVA) or as a cream (cream PUVA). The type of therapy depends on the extent of the white spots. Systemic PUVA is often used for very large vitiligo and bath or cream PUVA for small and local vitiligo. Generally, the duration of treatment is approximately six to twelve months.

Learn more
According to DIN 5031, radiation with a wavelength of less than 380 nm is not light; medical usage differs.
:8080 /dist